On Tuesday, March 30, we blocked the entrance to Vion in Boxtel and stopped animals going to slaughter. The action lasted less than two hours and was ended by the mayor. Four activists were arrested as they did not follow orders to remove themselves. 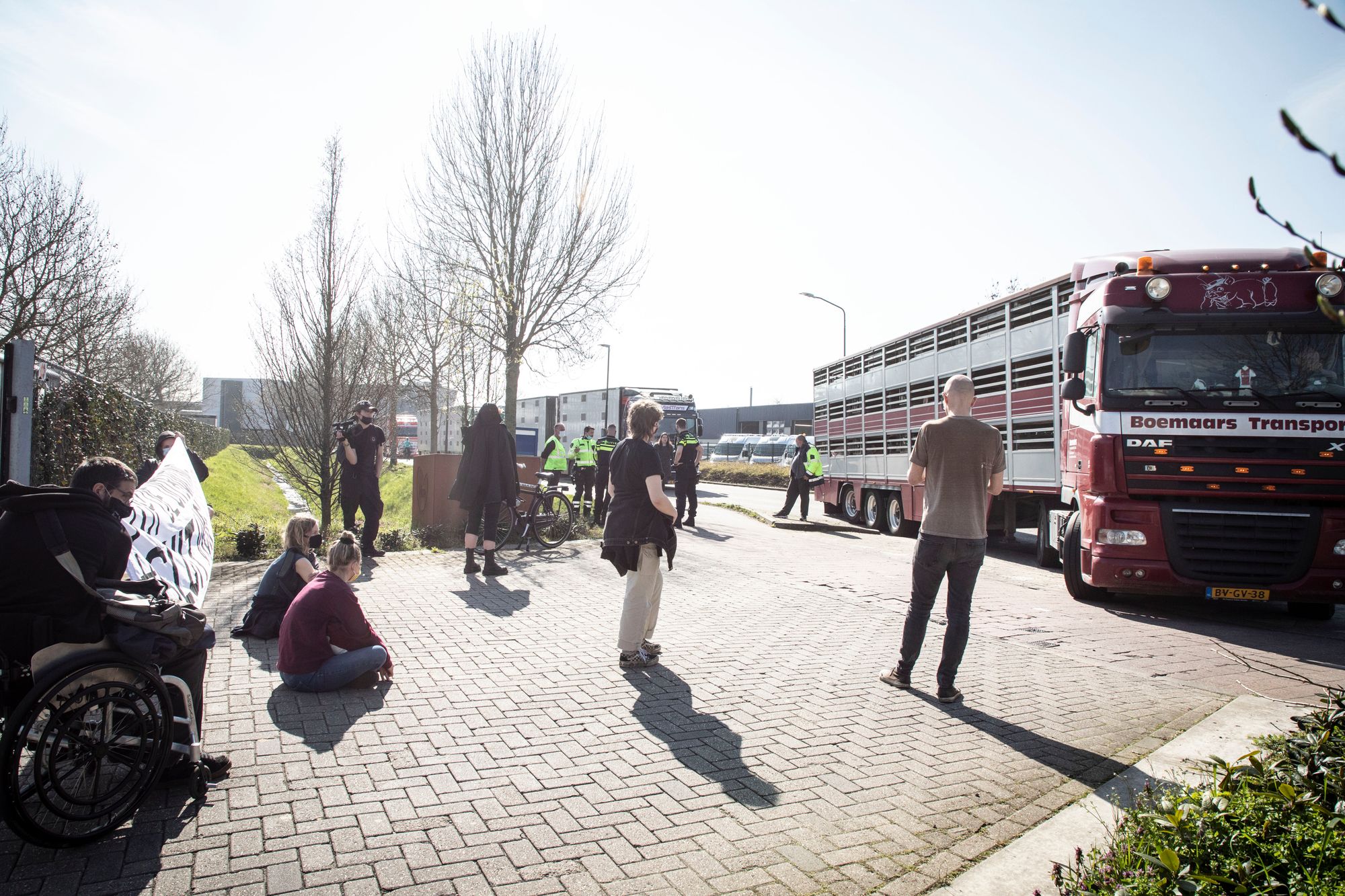 The reason for the blockade was a recent corona outbreak at the slaughterhouse. Nearly 100 people have been infected in three weeks, making the slaughterhouse yet another corona hotspot. This is already the second outbreak in Boxtel, there have also been outbreaks in Groenlo and in Germany in eight Vion slaughterhouses. 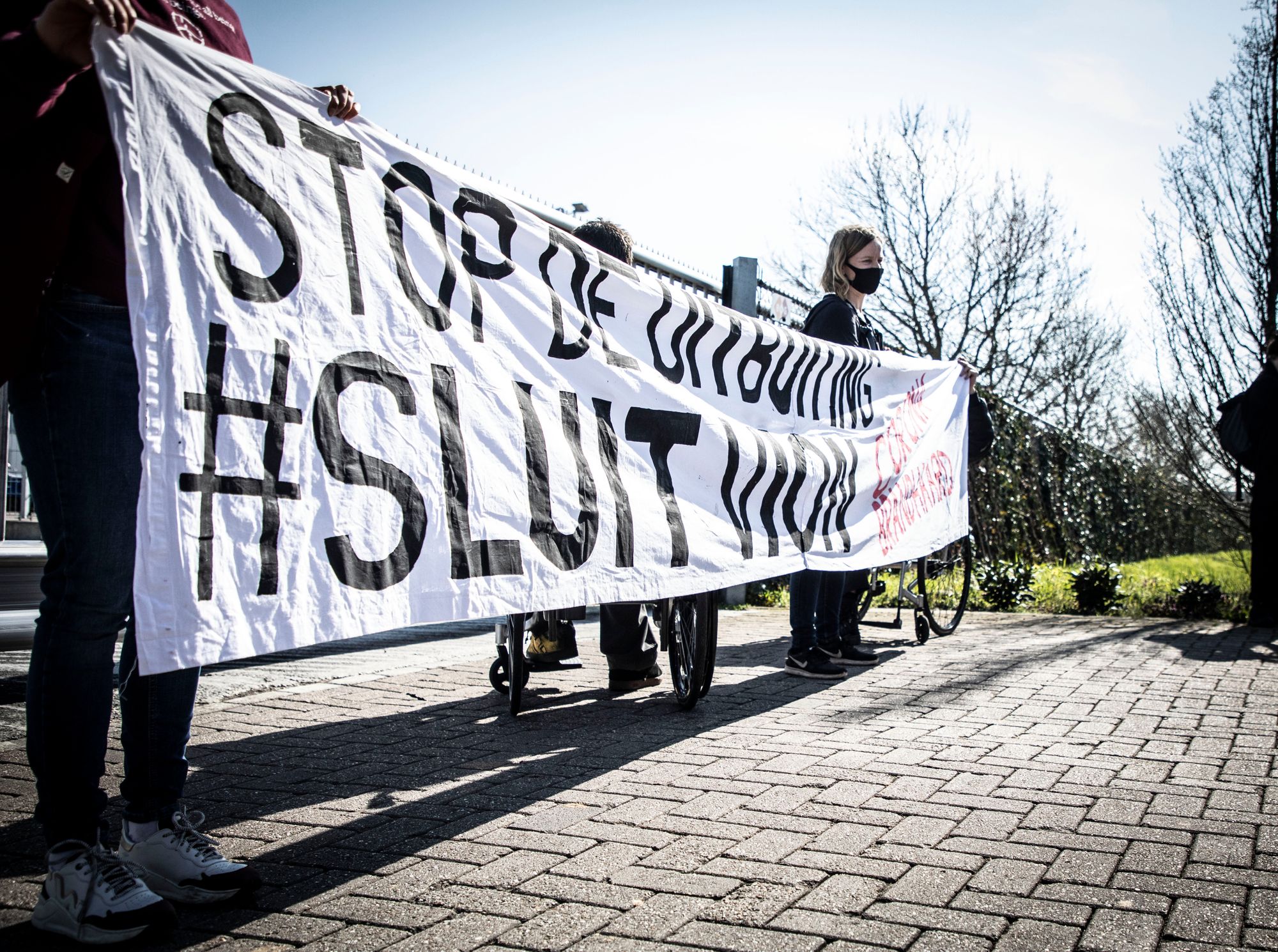 Vion is playing Russian roulette with their staff by keeping the plants open. It’s a known fact that keeping distance at work and in the shitty homes is not possible. Time and again, the meat giant refuses to take responsibility, fully supported by our irresponsible government. And this while the killing and consumption of animals is far from essential and even contributes to outbreaks such as these.

We therefore demanded that Vion closes down immediately, and that all workers are provided with good, safe and healthy housing. In addition, the workers must be compensated. Considering that Vion made 53 million euros in profit in 2020, this is quite doable. The dividend payment to the shareholders (14 million euros) and the salaries of the management (each 1.2 million euros per year plus a bonus of 6 tons) can be used as well.

The management did not respond to our demands. Therefore we felt compelled to keep our blockade. In the meantime, several trucks arrived, full of pigs on their last ride. These trucks were parked further away, where they often wait for a few hours because Vion is a mega busy slaughterhouse. The mayor also tried to blame us for possible welfare problems of the pigs that had to wait longer for their horrible slaughter… This is obviously big nonsense. The animals live in hell anyway, in the mega farms it is hot, smelly and overall horrible and they all end up in the slaughterhouse. Vion remains responsible for this and the killing of 20,000 animals per day and exploitation of workers can never be justified.

The #VionVier were arrested and two activists were even detained for an extra long time at the Den Bosch police office, where they were refused vegan food. One of the activists has been detained for 26 hours and was even transferred to immigration detention in Eindhoven. This is illegal and we consider this to be intimidation and power abuse of the police.

And who remains free? Exactly, Vion’s management that is pocketing 1.8 million euros with murder and exploitation… 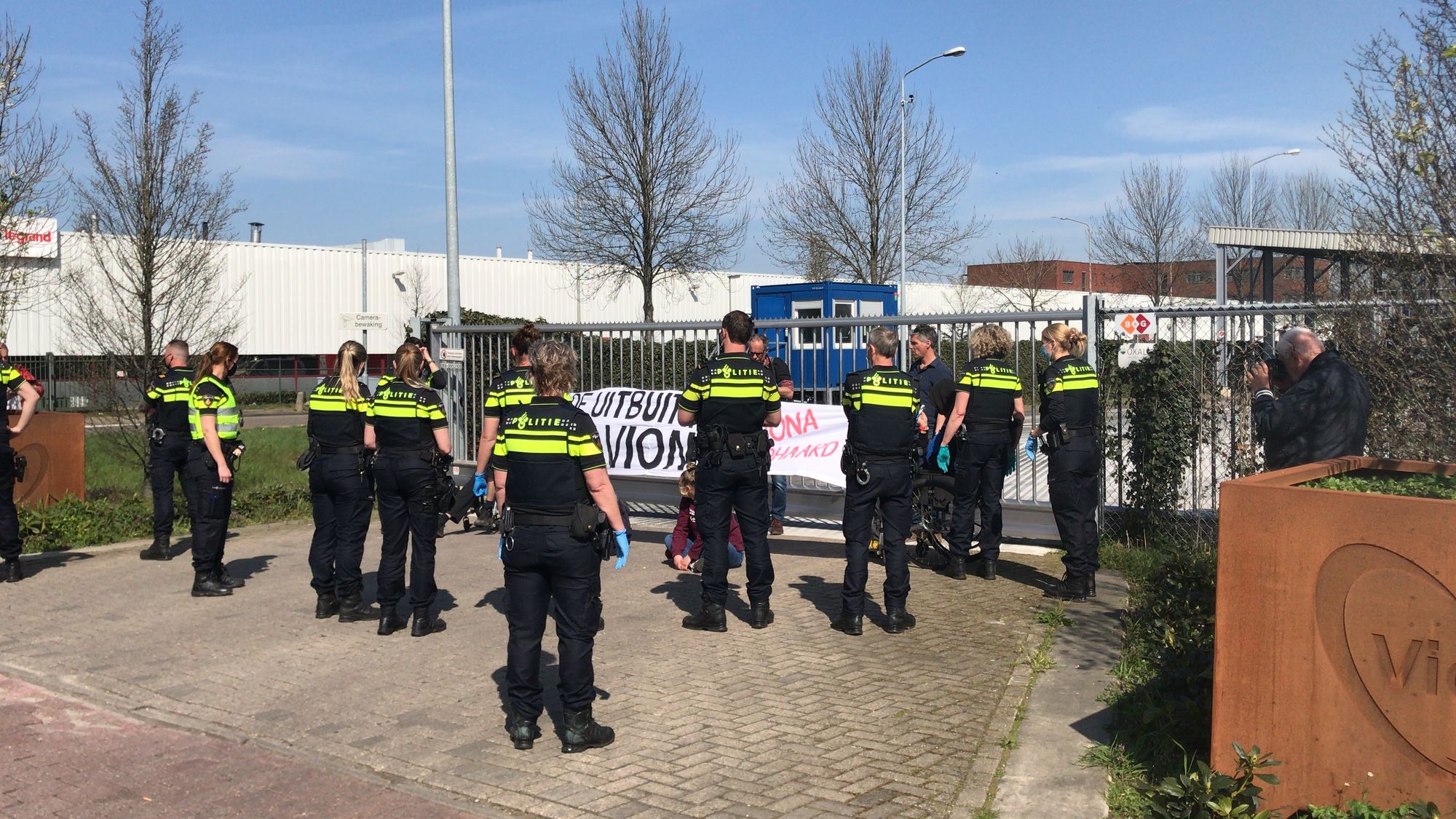